An energetic young man performs Punk rock music on screen while playing an electric guitar. He wears a red and black plaid shirt, tight black jeans and a pair of red sneakers. He looks like he is part of a Punk rock band. In some clips, he shows off his long hair, while in others he wears a black cap. Very energetic and edgy moves. You can see him banging his head to the music while playing the guitar. See him thrashing his really long hair while energetically playing the guitar. Various clips of him, from different angles, can be found. All of which have him playing a cool electric guitar. Download 12 video clips in 4k resolution.

On green screen, an energetic young man plays an electric guitar while performing Punk rock music. He’s dressed in a red and black plaid shirt, tight black jeans, and red sneakers. He appears to be a member of a Punk rock band. He wears a black cap in some clips and shows off his long hair in others. Moves that are both energetic and edgy. While playing the guitar, you can see him banging his head to the music. See him thrashing his extremely long hair while playing the guitar with vigour. There are several clips of him available from various angles. He’s playing a cool electric guitar in all of them. A exudes vigour and energy on screen. 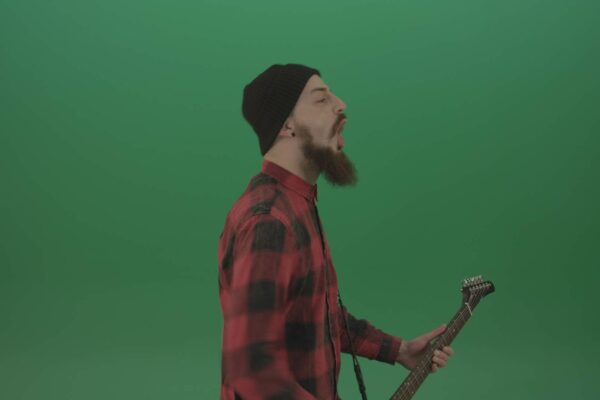 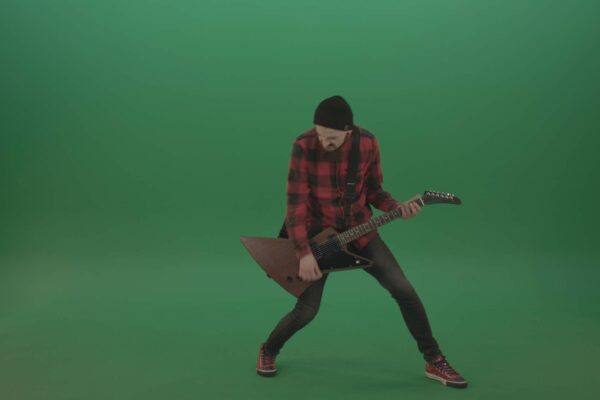 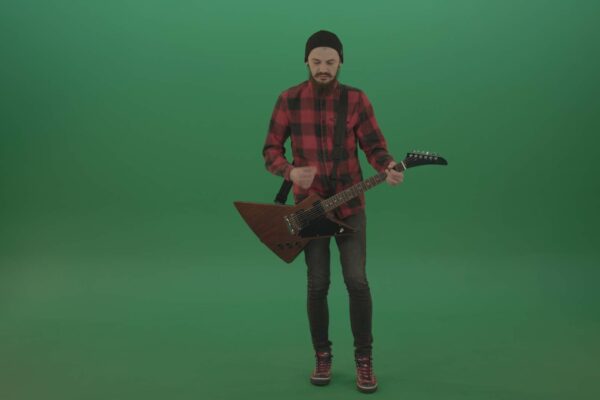 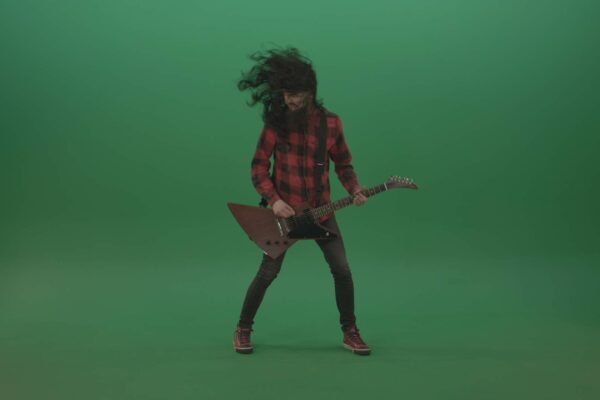 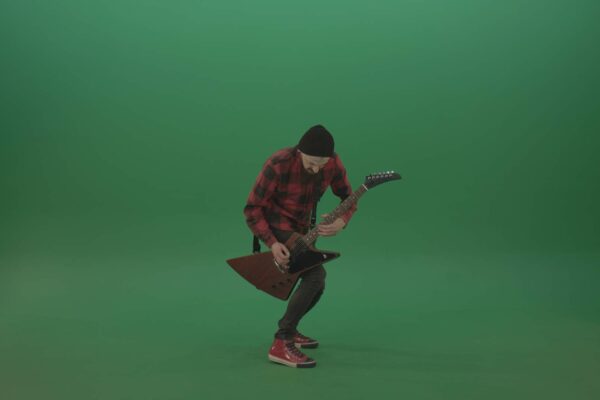 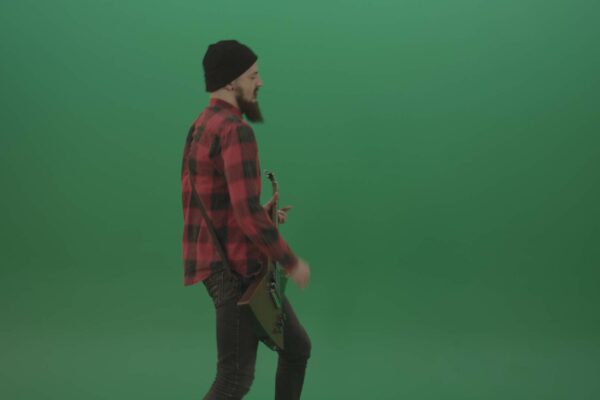 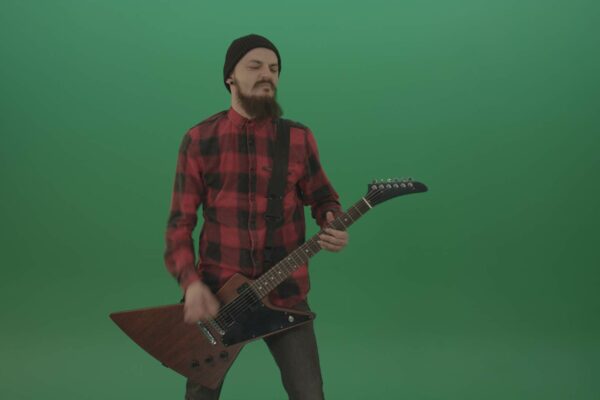 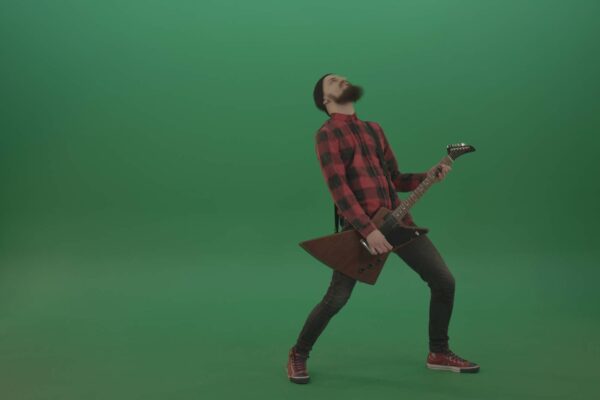 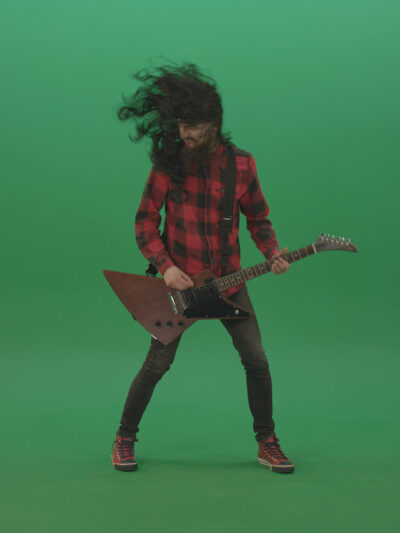