A young athletic-looking body builder works out on screen. He has a completely chiseled body with six-pack abs and rippling muscles. See him performing an entire gym competition routine on camera. While his back faces the camera he flexes his back muscles and biceps. He raises his arms to the side showing off his shoulder muscles. See him facing the camera and flexing his chest and shoulder. Watch him raise his hands and flex his biceps. He flexes those trap muscles with his hands in a v shape. He shows off his entire body like he is at a competition. Wearing black gunge, as well as topless. A very attractive and muscular body. Download 18 video footage clips in one green screen pack. Ultra HD resolution and 60 fps. Filmed in mov ProRes

On the greenscreen, a young athletic-looking body builder works out. He has a perfectly chiseled figure, replete with six-pack abs and rippling muscles. On camera, he does a whole gym competition routine. He flexes his back muscles and biceps while facing the camera. He extends his arms to the side, displaying his strong shoulder muscles. He’s flexing his chest and shoulder as he faces the camera. Keep an eye on him as he raises his hands and flexes his biceps. He flexes his trap muscles in a v form with his hands. He flaunts his entire physique as though he’s in a competition. Wearing black gunge and going topless. A robust and appealing physique. Download green screen video footage package by LIME ART GROUP. 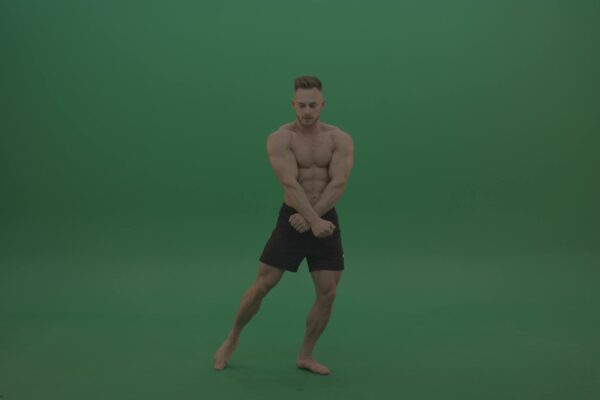 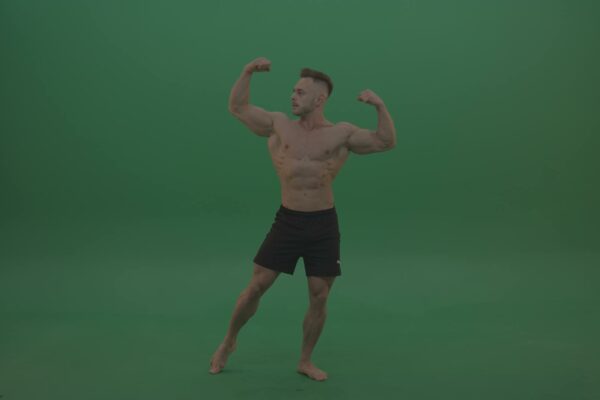 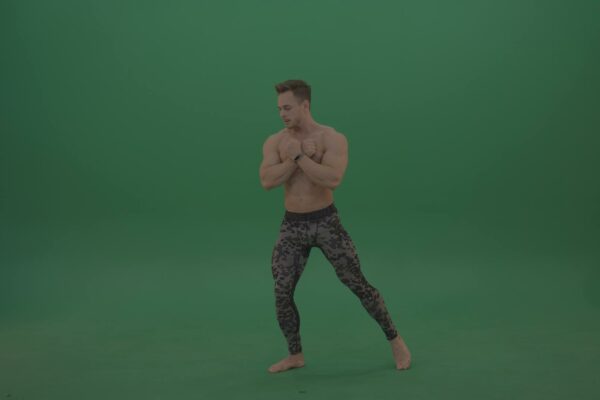 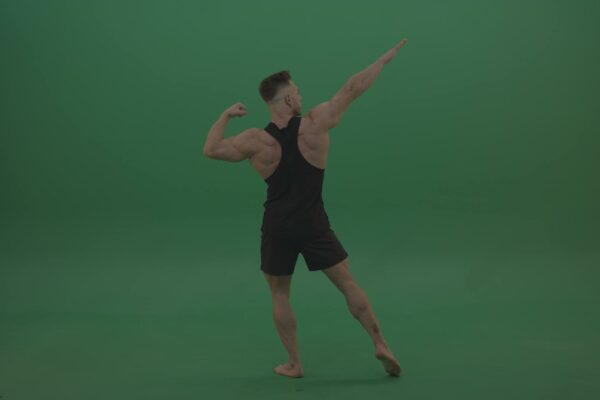 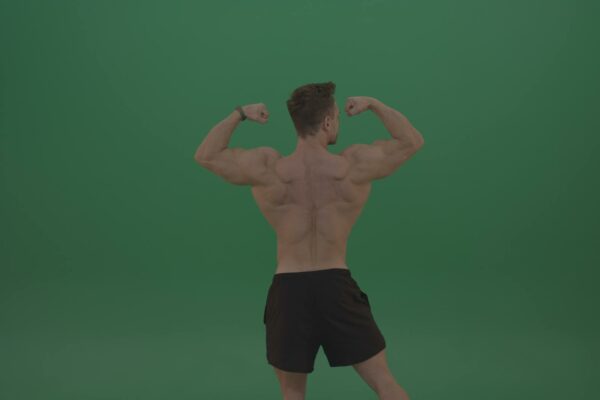 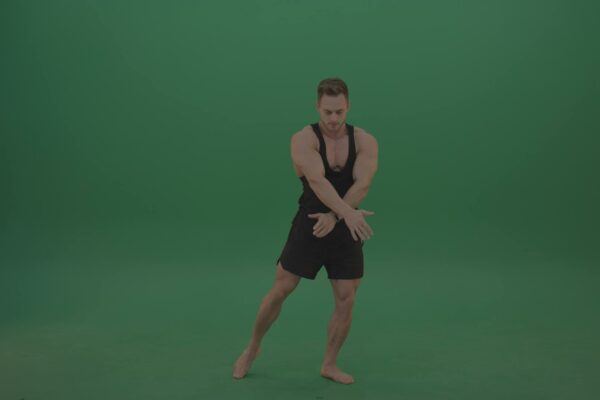 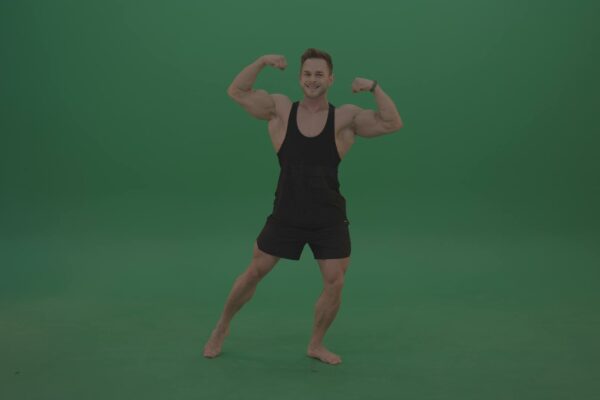 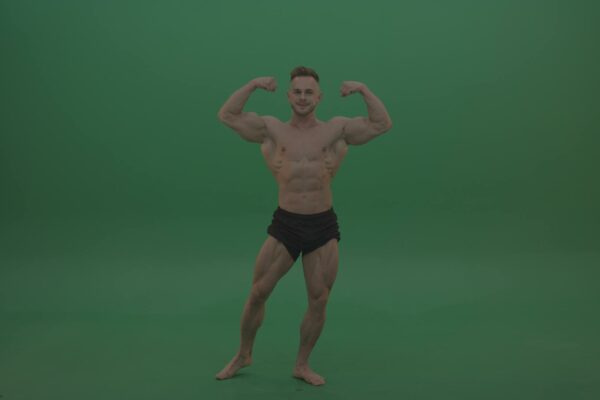 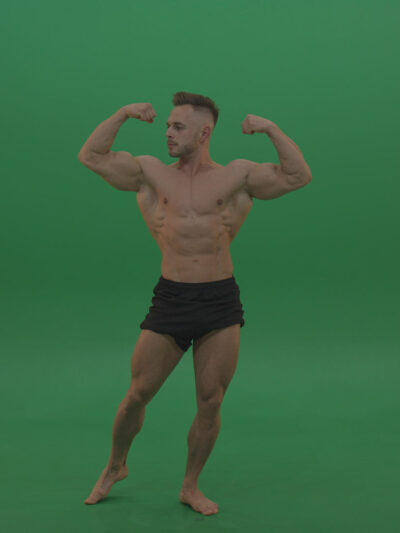