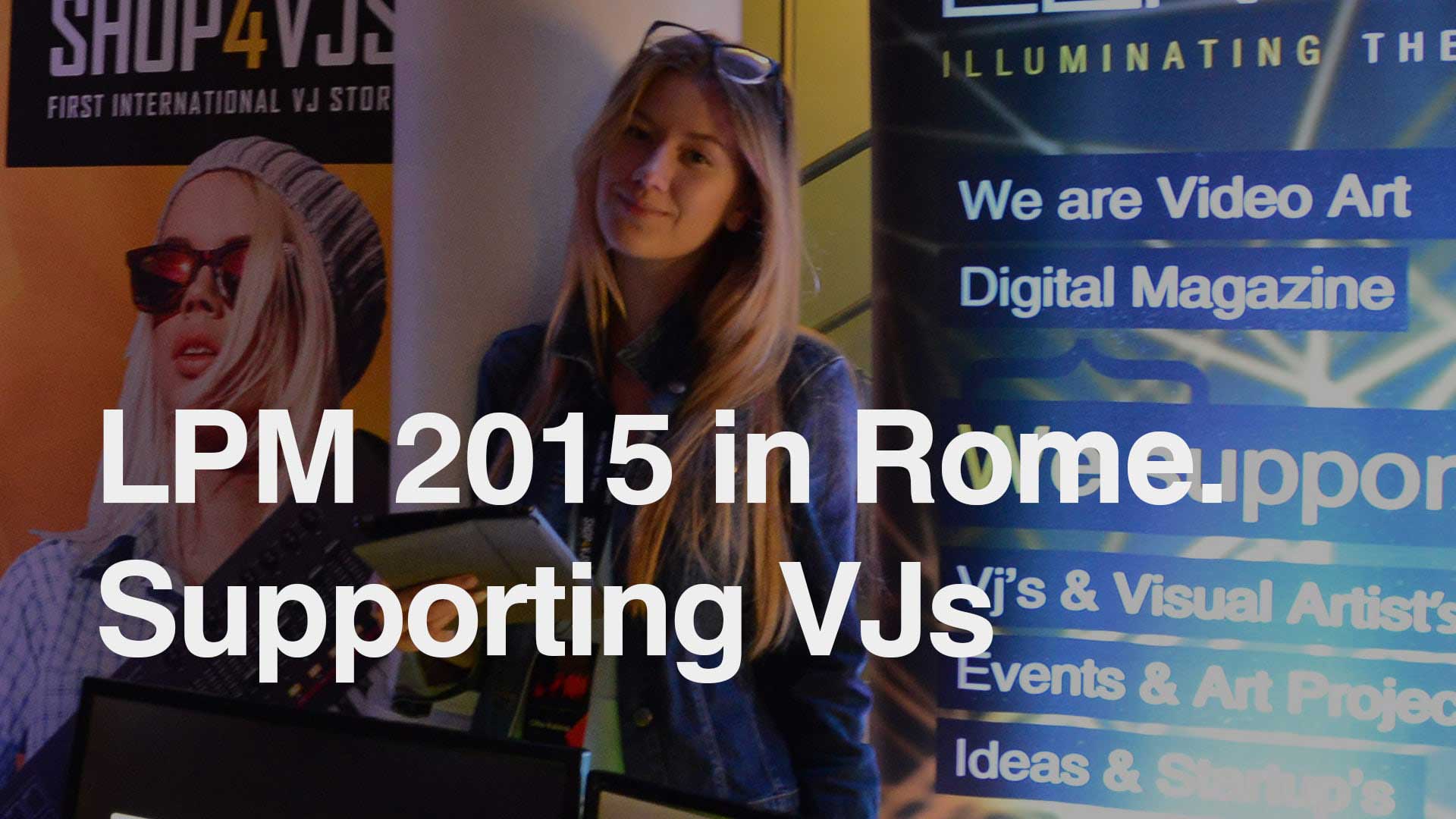 New LPM 2017 is going to happen in May in Amsterdam. For those who  do not what it is I want to  say that LPM is a live performers meeting, festival, forum, stage for exchanging ideas among talented media art, audio visual and interactive artists from all  over the world.

This is a big event and, in our opinion, the atmosphere that exists at LPM every year can not be compared with any other events of the same format on friendliness and openness. In 2015, our core LIME ART Team including participants of our other projects Lumen Magazine, Shop4Vjs, Backstage Club – we went from Vienna to Rome. The team consisted of old participants as well  as of those who went with us the first time. We had 2 parts of layman-figures, 4 projectors of different power and light, 6 mini-blocks Jägermeister, 4 laptops, LED monitor for special effects, lighting devices for setting up the atmosphere, 2 boxes of sweets and branded stickers of all sorts and colors. Also, presenting certificates, merchandise, not because it is necessary reserve for the trip, but if you started to  deal  with branding of your projects, show it to everybody! 🙂 Since we rented a big bus for our trip, we decided to take some passengers with us and we were late for registration because we got lost in Bologna and then again in Rome – obviously, our driver was not so experienced as he wanted to  seem to us. 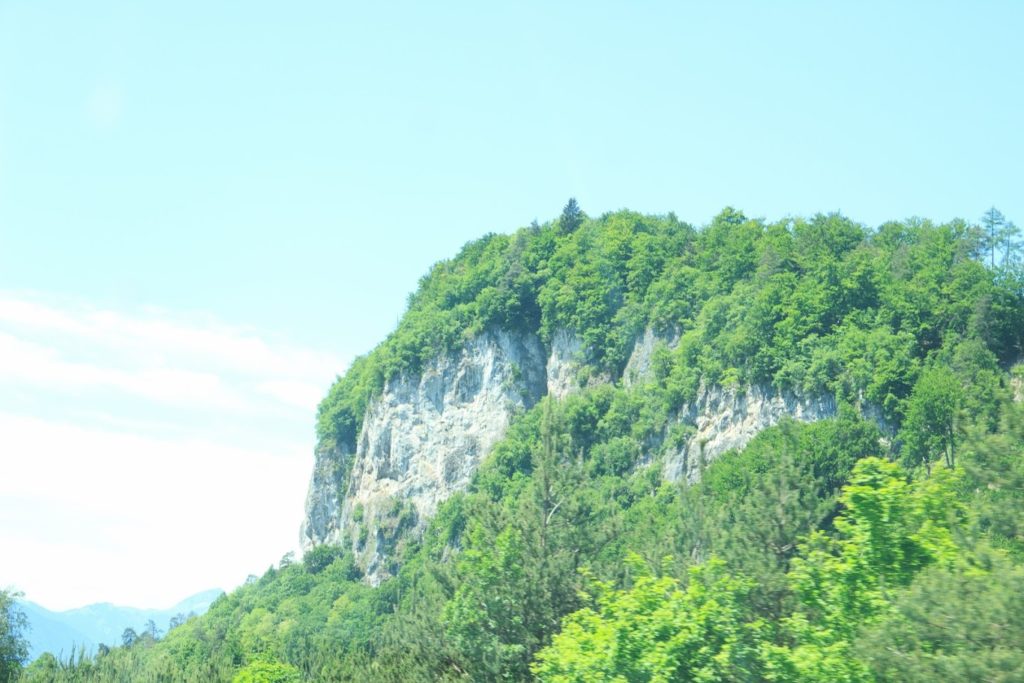 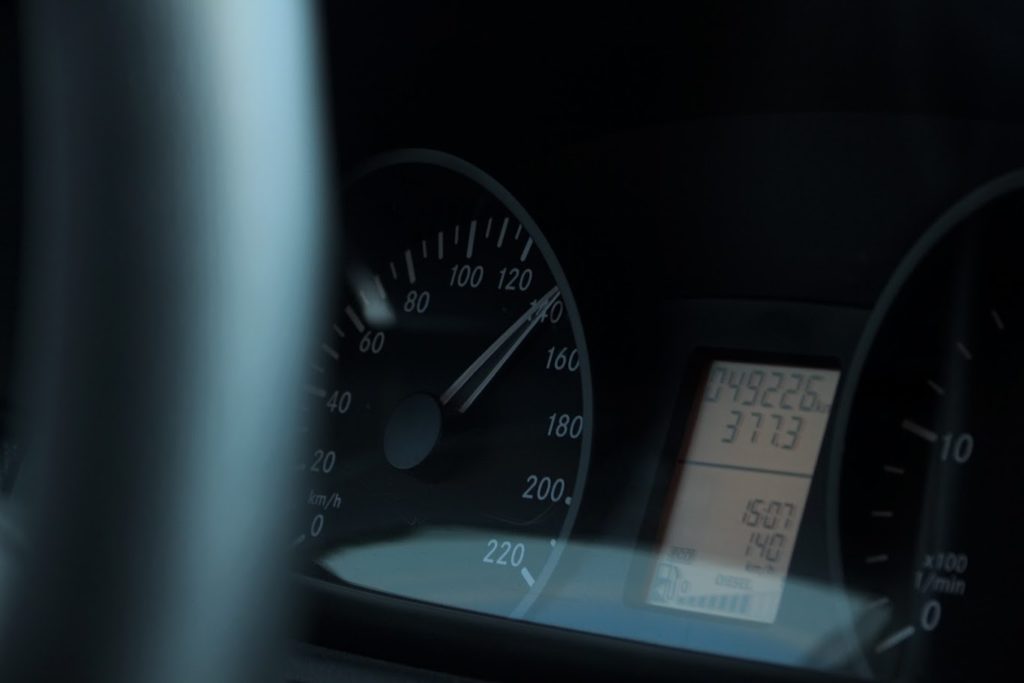 We got our place of destination where the event was planned to be organized –  we went to  the cinema called Aquilla. As soon as we got there, Professor of Projection Mapping, Gianluca with his friendly team of organizers came to greet us. Our company LIME ART Group participated in LPM as media sponsors – we gave LPM a part of advertising informative materials and other branded presents and souvenirs – all people were happy to get. 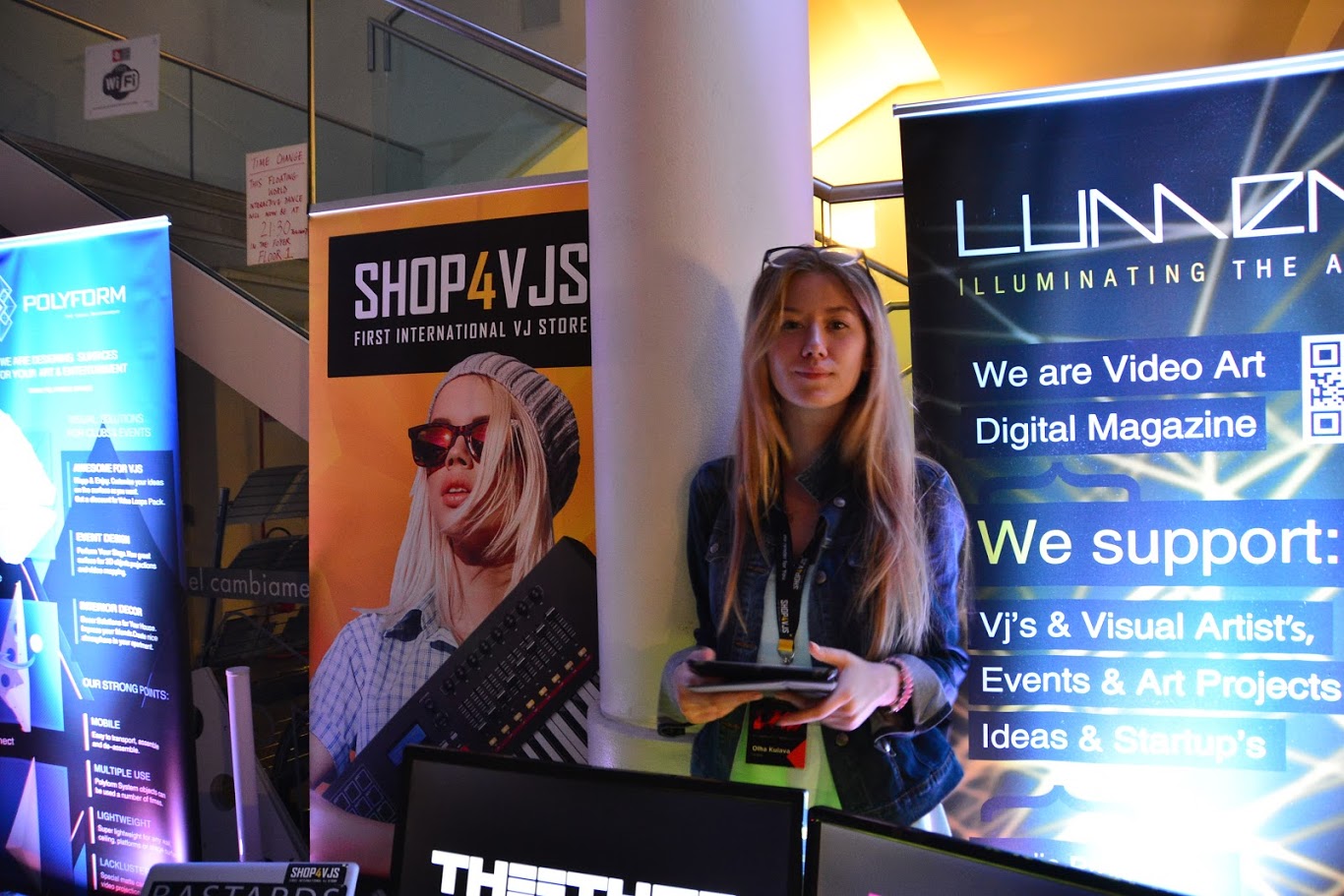 Chiara showed us our place for setting up our exposition. We set everything up, connected and tested and went to get  acquainted  with participants. In 2015 in LPM there were a lot of our acquaintances, the weather was warm. There were 2,5 vjs on each square meter. Such vjs were discussing awards on vj contest, about new interactive technologies or about forthcoming performances. We got familiar with locations, greeted our friends, distributed some stickers, switched projectors off, took our laptops and went to our rented apartment. 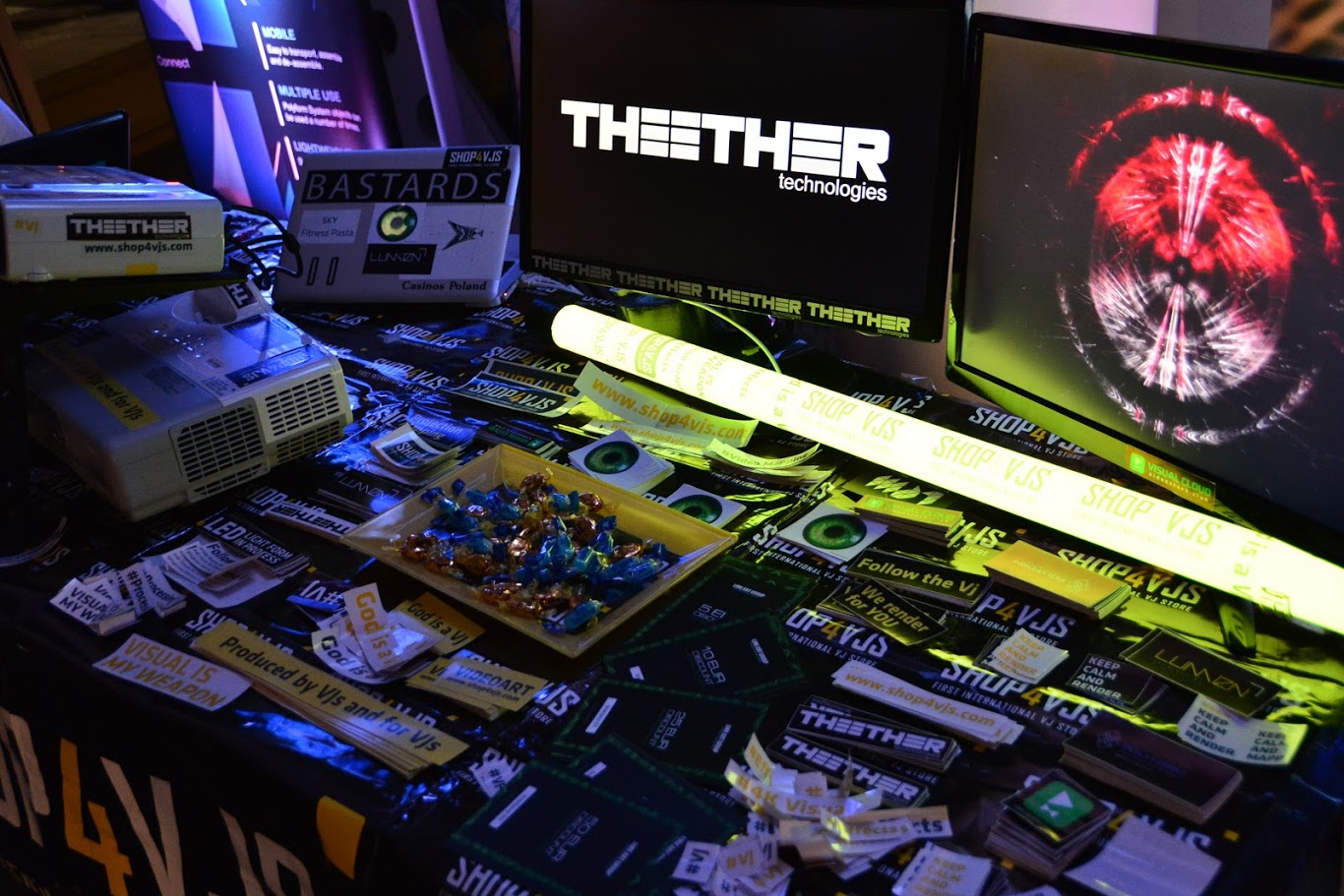 Italy  is a wonderful country. People live when they  want. I liked that any inhabitant of Rome can close the business  and go to siesta, but at night such  inhabitant can continue working till 1 or 3 am, and it is not only small Pizza Boss, this is a great Italian family restaurant. We woke up  in the morning in a good mood and since Aquilla was closed we went  to  sightsee Rome. It  is quite interesting that  we parked our Mercedes, approximately, 100 meters far from the police commune. All heavy things, laptops, hi fi and documents were left  in the car and we went to see great  Kolizeum. On the half of our way  I noticed that our group, partly, started lagging behind, my mood was getting worse because I knew that  we had to be in Aquilla at 16.00 in order to  set everything up  before guests’ arrival –  I was stressed and had a feeling that somebody could do harm to me.

Having come to the car, it turned out that on my seat there was not a bag where there were documents, earphones, passport, laptop, wallet with money and salary for some colleagues. Under feet there were pieces of window glasses which I noticed some time a while. This was a break-in and robbery. Other our team colleagues’ documents, passports, car documents, insurance and Apple company hi fi also were stolen. It is good that not all  team members were robbed, and that the robbers did not get to the tunk. As a result, mood started getting worse. I caught myself on the idea that it is only money. Problems with money could be solved, corrected or compensated. I remember that  I went to  the police that was near.

We were met  by a very pleasant captain who was smoking a large cigar, I think it was a Cube cigar. After understanding my appeal to help us he, happily, provided us with the telephone and internet. Our team felt refreshed and relocated. I started calling embassies, preparing protocols with a captain, and also calling the bank to block  all cards such  as visa and master cards. The second part of the team went to  search  potential evidences since Gypsies who were dealing in this district got rid of big things that were stolen. The third part went to  repair the window of the car. I want to  say a great thanks to my  sister, Olia Kuiava who  is also known as Eva Fechten who  helped Paul to find opportunities and car garage to repair.

After all protocols were finished, one part of the team found my  rucksack lying under the tree. There was only my wallet and papers. It is surprising and I would like to  say thanks to  the highest forces that created such situations. Eventually, I realized that those difficulties that  we faced were trials especially for me. In such  situations you see how your team is working, how they  control the situation, if they can fulfill their main function regardless problems from outside. I am even really very  happy to  face such  situation since you see who you  can rely on and who could leave you immediately after several small problems faced. So, we came back  to Aquilla. The organizational committee was a bit shocked with our our news. We started our work, we introduced our projects to vjs, suggested our cooperation, made interview with artists, documented everything, took photos and video reportages. 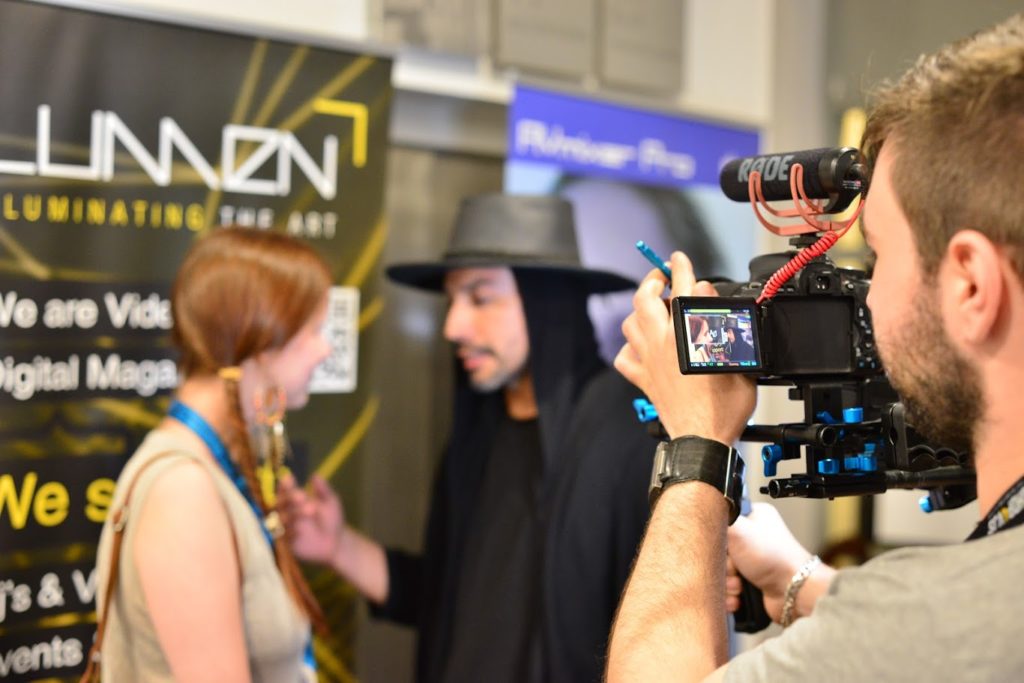 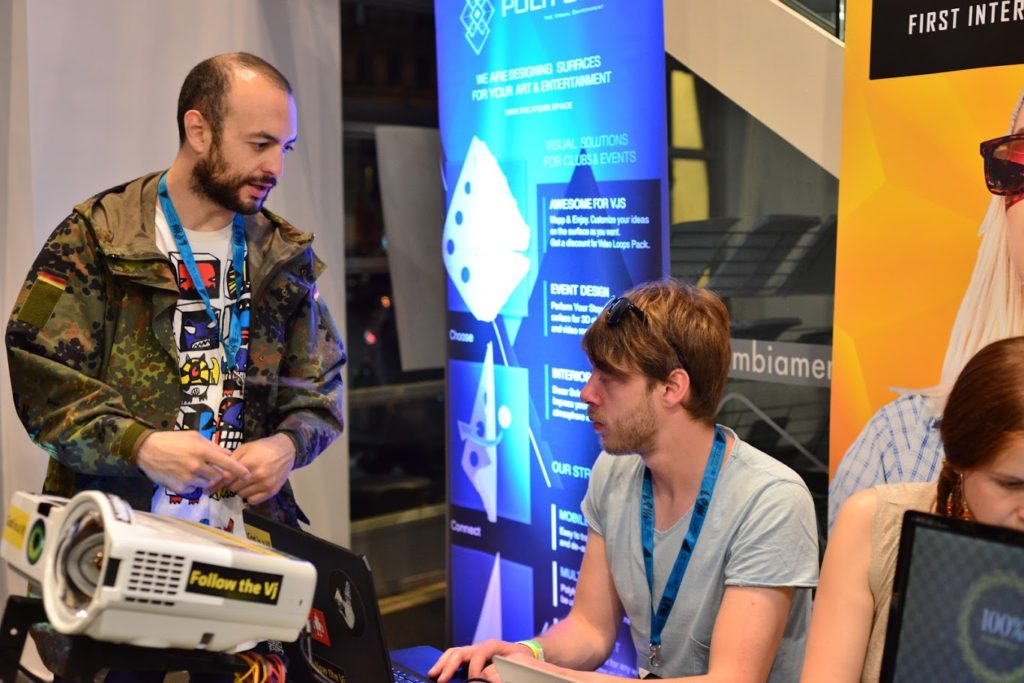 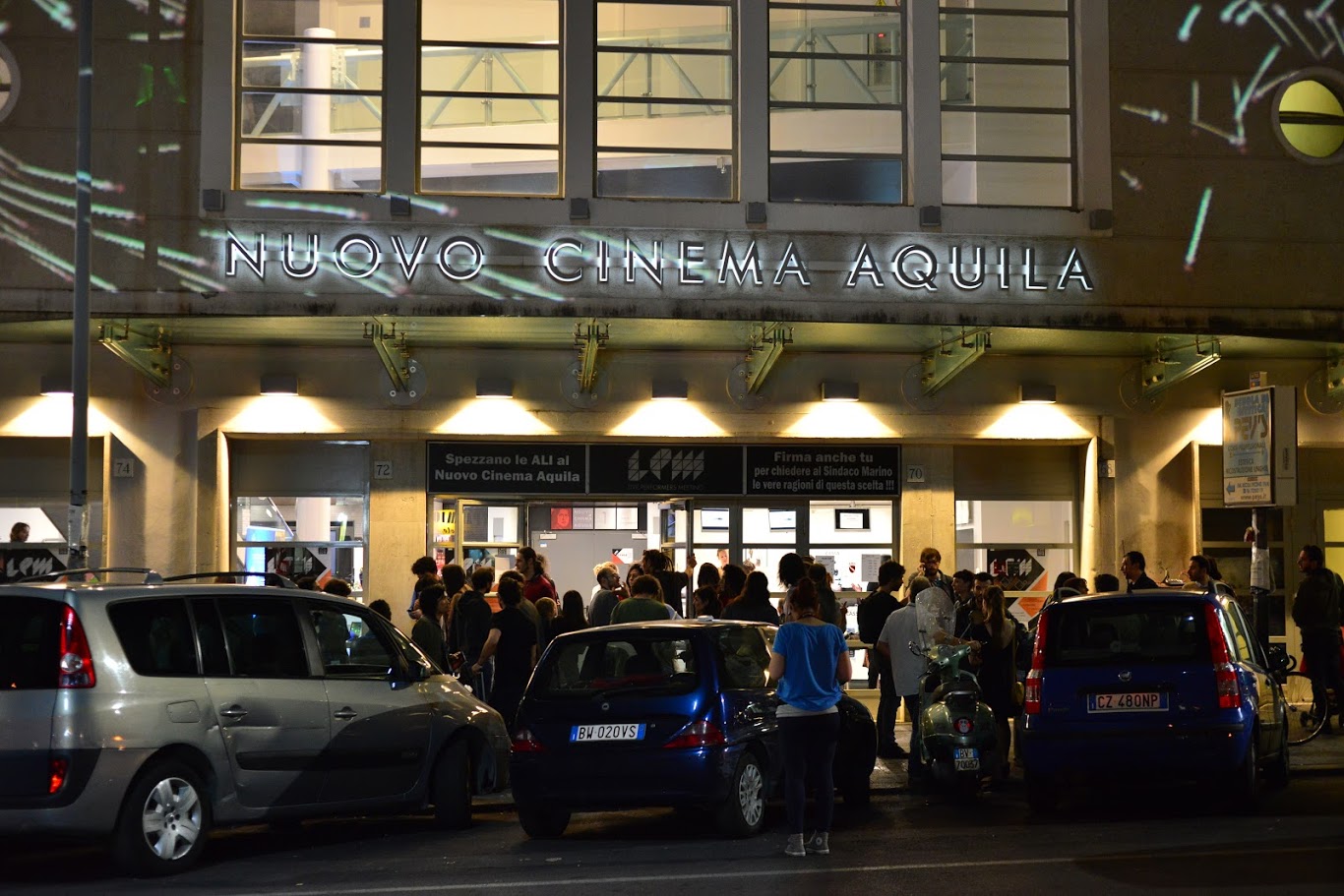 On the second day LPM extended its locations, vjs made their performances on the big rave event in Sapiens University. In my modest opinion, there were 10 000 people on the event. On our way to Sapiens, I got a plan that after we finished filming all materials and rested we could go to  the sea which  was 35 minutes far  from Rome. Seeing the sunrise together with  the team could enforce the team spirit. But the conflict of interest appeared and the team divided into two parts. Fortunately, or unfortunately, I can not forgive people who are against team interests to get their own interests. 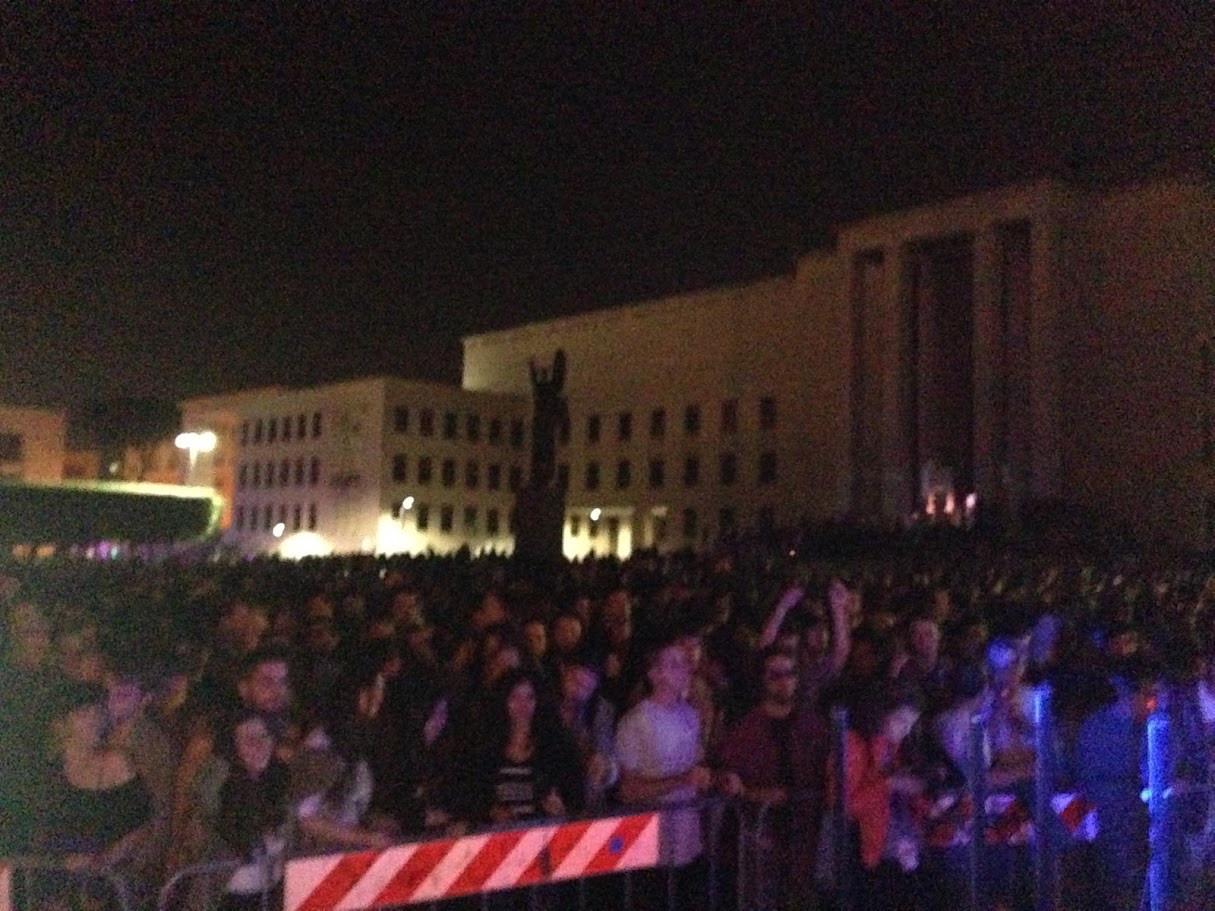 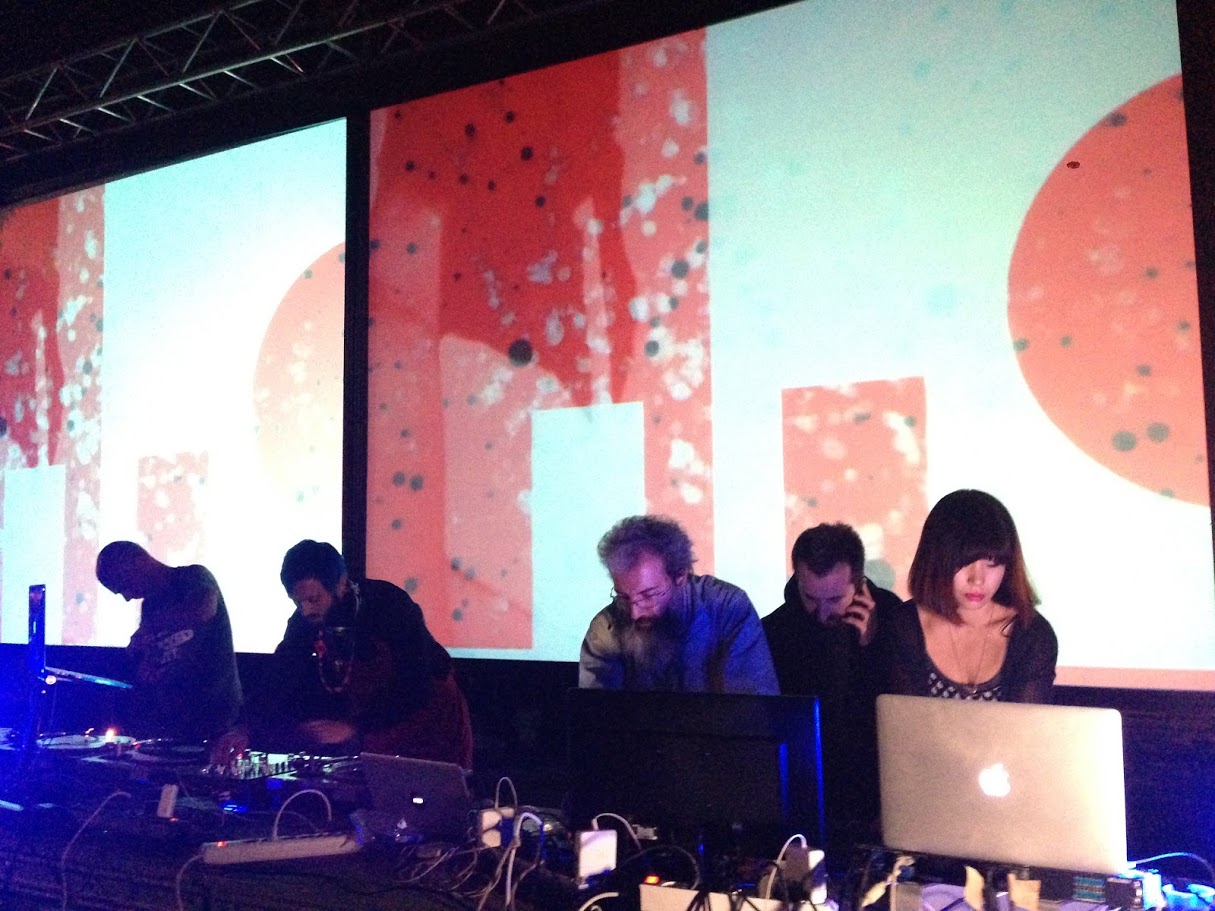 As a result, one part of the team went home to sleep –  lost a lot: atmosphere of 10 000 souls, collective unconscious, powerful basses, which were echoed from the walls of the university which was built by strong willed people, happy  Vjs and mega performances on displays and screens were adoring all hearts and brains of spectaculars. It was one of the most powerful events LPM 2015. More of such events!!! 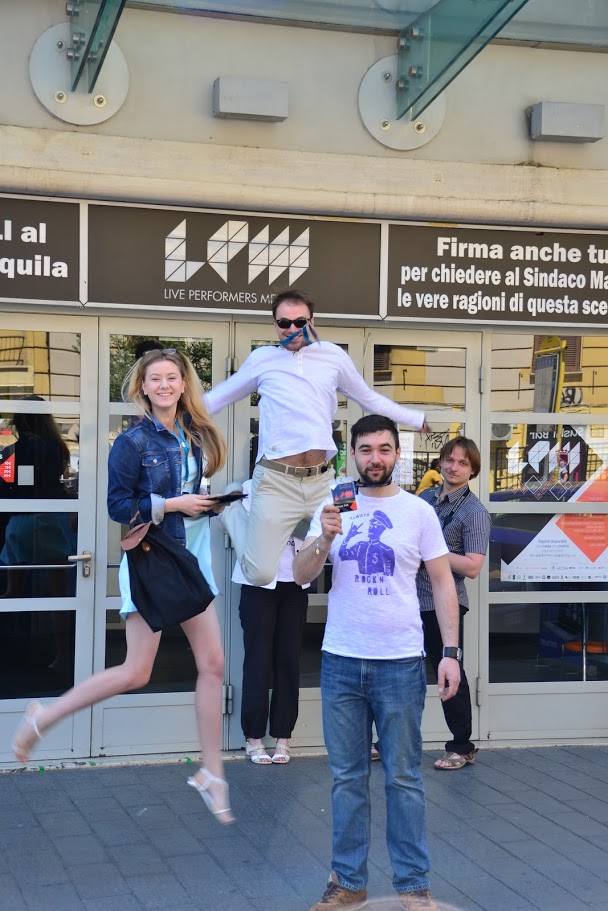 Next morning I was woken up  with sounds of music. It was a mix of Bregovich and Italian folklore. Together with Sasha Zak, our event Director we decided to walk through connected streets and see what is happening. There was a marvelous wedding of Italian Military Elite. In front of Big Bazilik  a troop of soldiers built a unusually beautiful tunnel using parade blades. Parade uniforms, golden aiguillettes and a large number of rose petals in the air were in the background of a clear blue morning sky.

Gathering our thoughts and picking up our Turkish friend Emre along the road with whom we made the project in 2011 in Turkey, we, nevertheless, went to the sea, took some pictures, some of us bathed and we went back to Aquila.   For me the sun at noon is not ok. In  Aquila, we went to see a few different performances of vjs.  By the way, Eva Fechten wrote about many of them in the magazine Lumen – Video Mapping Magazine. After interviewing, we went home to prepare for a trip back to Vienna. We presented our brand soccer shirts to  the committee, thanked everyone for their participation and hospitality and set out on their journey.

As a result I made 3 important conclusions:

I am happy  that  we were participating in LPM in 2015, and I am happy that all of these adventures happened to us for 3 days. I am also happy  that we are still reliable partners of LPM and also happy that  or team gets more and more reliable people with the help  of natural selection. LIME ART GROUP is not the end.

How does artificial intelligence see VJs & the entire creative industry?

The future of VJing. Will AI kill everyone?

The future of VJing. Trends, comments, conclusions. Longread. A couple of days ago, in several…
Alexander Kuiava
InsideVJing
26/07/2022

How can a VJ become more successful and earn more money?